We should be careful not to solely define excellence by basic dictionary meanings and synonyms of the word such as “distinction, quality, high quality, superiority, brilliance, greatness, merit, calibre, eminence, pre-eminence, supremacy, peerlessness, transcendence, value, worth;…” In as much as these definitions are not wrong, they might become quite confusing and contrary from a biblical standpoint.

It is more beneficial for us to consider excellence from spiritual point of view. It should be clear that we are not in any way looking at excellence with a competitive mindset.  We are not competing against anyone one, we are only concerned with being the best that God has enabled us to be for the praise of His glory. As Christians we should be excellent in what we do. Daniel had an excellent spirit. (Daniel 6:1-5). He attended to his daily duties with excellence which distinguished him from others and gave him the opportunity to bring glory to the name of The Lord.

From biblical standpoint, the spirit of excellence will cause a Christian to be diligent in maximising his/her potentials and every opportunity that God gives in order to achieve the best result to the praise of God’s name. No one can achieve this excellence without submitting to the Holy Spirit and the grace of God.

Pursuing excellence is NOT the same as the quest for human perfection or superiority over others. Ideally, we should pursue excellence without the spirit of competition or seeking to excel simply to be better than others. When men are driven by pride, they want to be perfect by all means and by their own power. We should learn to pursue excellence as we surrender to the grace and power of God which is at work in us to bring honour to God’s name. We are not trying to be better than anyone, we are simply fulfilling our purpose.

Remember, the goal of excellence is to bring glory to God. 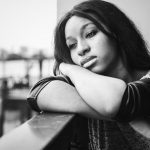 Safe Journey for All 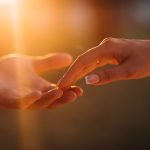 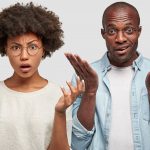